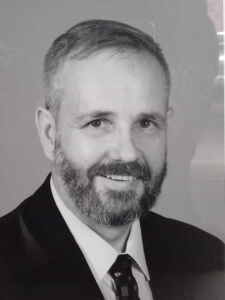 Anton van Aswegen (’90) is the Newly elected Chairman of the National Reunie Committee for 2022.

“Probably the battle of Waterloo was won on the playing fields of Eton, but the opening battles of all subsequent wars was lost there” – George Orwell The Lion and the Unicorn

Less than 30 years after the founding of Grey College the Reunie was founded by passionate Old Boys with the sole purpose of serving the School and its Old Boys. I believe that the Reunie acts as the institutional memory of Grey College and also in a manner of speaking the keeper of the “Grey Magic”. As such the Reunie should play a vital role in guiding not only the SGB, but also the Primary and Secondary schools. Without the Reunie taking a leading role in preserving the traditions Grey College runs the very real risk of becoming “just another school”

The Covid pandemic has demonstrated in the last 2 years how absolutely crucial it is to preserve and protect our traditions that we so often refer to as “Grey Magic”.

The Reunie should also be instrumental in healing the deep divide between Old Greys. It doesn’t matter on which side of the fence (or maybe on the fence) you found yourself during the recent unsavoury lawsuits, now is the time, more than ever, to put these differences behind us and to start building Grey College’s illustrious future. Let us change the world through constructive and life-affirming action.